The entry below is classified as a LEGACY post, meaning that it was written (well) before the current version of Avalonstar was released. Although these posts have survived the numerous moves over years, there is no guarantee that they've survived the trip unscathed (especially the links).
LEGACY–
September 28, 2005

Winners of the Birthday Bash

You've been waiting for this moment for a long time, I can see that. Now if you're not reading this via RSS, then only one click separates you from me and salvation. After 26 entries, an extension of the contest, and a lot of great talent - I was left with a pretty hard decision. Nevertheless, the winner will get the $300 dream prize of his choice. Because there were some great entries, I can't leave those whose shirts I still want to print empty handed. So I'll talk to those winners about a suitable runner-up prize. To everybody else, great effort. I'm astounded at the response I got and the sheer number of tries that some people made to win...

Okay, I'll stop talking, let's get it on! 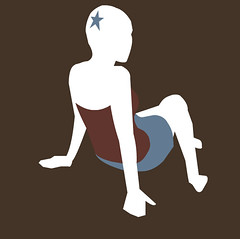 Needless to say, I asked Jen her opinion on our ride back from Southern California, and she went "wow" when she saw this one. It was one of Mike's later entries after about 4 tries. Funny how the one that seemed to be rushed was the one I liked the best. Now there are some modifications that I personally would like to make, but if Mike has a problem, it'll go as is. 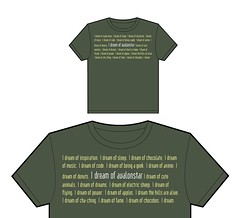 Shouldn't this be something for Veer? I guess not, but I'm glad it was an entry. Phu took a turn that nobody else did and used all text. The font I was never too crazy about, but hopefully we can work on it a little more before it's printed. I love the fact that this design can be printed on different color shirts, and it's not as blatant as the others - which sometimes is a good thing. 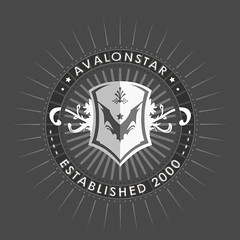 The first thing I thought when I saw this one was, "Damn, now I'd wear THAT." And after that, there was no turning back. Kyle did an awesome... awesome job at making a shirt that was simple (almost), wearable and damn sexy. The fact that it was portable to other colors was a very appealing feature as well.

I really loved holding this contest, not so much the giving away my money part, but you didn't hear that from me. Expect to see this shirts in print very soon. I'll be taking pre-orders if there is a overwhelming response to have one of these fine shirts. To all the others, don't be discouraged, there will be another chance in the near future to "win Bryan's money." Maybe Christmas? Just pray that I don't lose my job.