The entry below is classified as a LEGACY post, meaning that it was written (well) before the current version of Avalonstar was released. Although these posts have survived the numerous moves over years, there is no guarantee that they've survived the trip unscathed (especially the links).
LEGACY–
June 25, 2008

I don't talk gaming much even though it's such a large part of my being. Why? I don't quite know. Maybe it's because of the fact that I've felt like people would look down on the fact that I geek out over stuff like this and hence, don't want to post about it. Maybe I should look a little more professional. Well, screw that and attribute it to unnecessary paranoia. Anyway, if you're one of those people, skip this, because this is a total geek out. 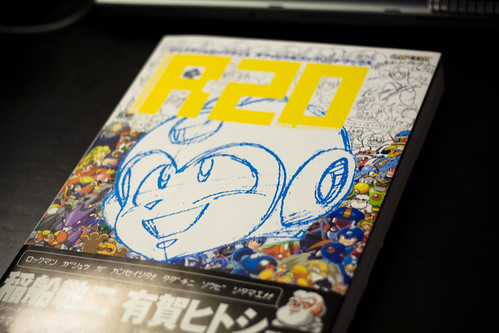 So, today we headed to Kinokuniya on Jen's suggestion while we were in the area getting boba milk tea. I did my usual scrub through the import game soundtracks section and didn't find anything of note. Now whenever we go, we always check the art book and figurine section to see if there are any gems that we can put in our bookcase or non-existent glass case. Turning the corner, I immediately saw the adorable face of the Blue Bomber, Rockman, and raced to it. I proceeded to pick it up, fall over after looking at the price, take it to Jen and oogle.

After getting home, I put on some Rockman music and started to look through it. If you look at the first picture, this thing is quite complete and equally as gigantic. The artwork is nothing short of gorgeous and memories of playing each one of the games rushed one after another into my head. 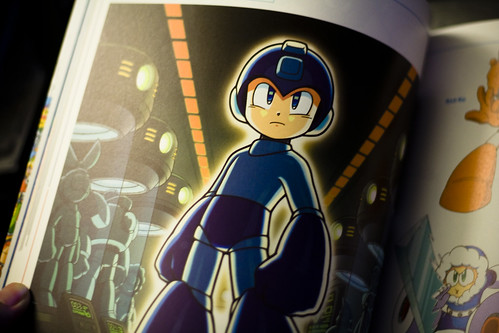 Rockman would have to rank as one of if not my all-time series right beside the Final Fantasy series. Actually, for both examples, it's hard to believe that I've been playing games almost as old as me. But it's those memories of Rock and Rush that I had as a child that just kept the love alive. From Dr. Wily and Airman to Gutsman, Topman and Skullman, Storm Eagle to Sigma, Gate and the Repliforce, this is just a series that never fails to make me giddy. I mean, with as evolved and experienced (and sometimes damn cynical) we are as a gaming community these days, Capcom never fails to please the lot of us by providing a side-scrolling (or recently 3D) action game in which you fight 8 robots, gain their powers and defeat an enemy that's never defeated. 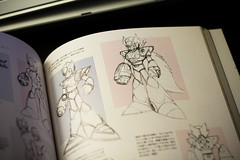 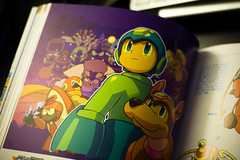 Well, I think that's enough geeking out for one day. Well, maybe not. Rock'll be legally able to drink this year, but even so, it's never too late to party. Do you love Rockman or X? What are your favorite memories? I know Shaun is definitely a fan since, you know, he created Mintman. :) 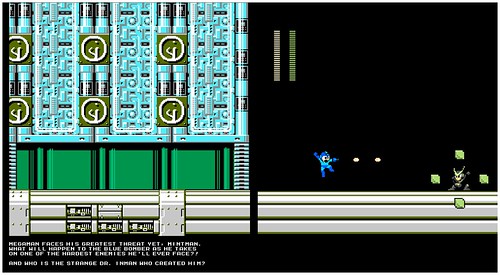 Makes me wonder what "Phoenix Man" might look like. I guess I should start learning to draw.