The entry below is classified as a LEGACY post, meaning that it was written (well) before the current version of Avalonstar was released. Although these posts have survived the numerous moves over years, there is no guarantee that they've survived the trip unscathed (especially the links).
LEGACY–
September 08, 2008

The Web Framework for Ponies

As many of you know, DjangoCon came to a close yesterday. Long story short, one of my favorite conferences ever. The laughs, memories, connections and available knowledge -- endless. Soon, there'll be videos of all the talks for all to enjoy, but I couldn't help acting on one of my favorite talks of the first night, Cal Henderson's keynote on why he hates Django. 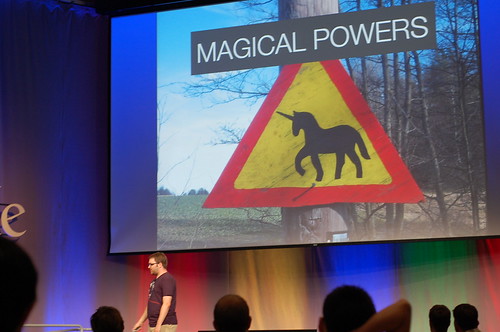 In it, amongst other things, he talked about how Django needed a mascot. One that was awesome and had magical powers. Well, somewhere inside my head, I agreed. Since the pony seems to have much historical significance within the Django project, I give you the logo for "the web framework for ponies with magical powers." Django is now awesome. 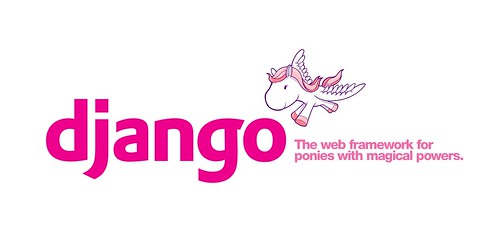 Wilson, I expect the redesign tomorrow. ;) 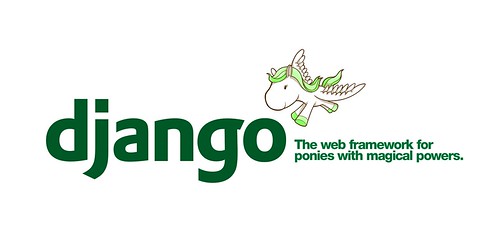 Update 2: To my amazement there is now a website dedicated the lovable pony. Once I find out who made it, I'll be sure to talk to them about what my plan was for shirts. :)

Update 3: I think I found him.

Update 4: So the pony's magic didn't stay unexplained for long as investigators found out what really powers our beloved Django pony.

Update 5: Updated the post with the video of Cal's keynote. Watch it, now.